Memorial Concert To Be Held 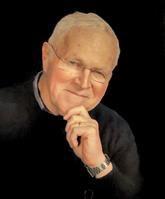 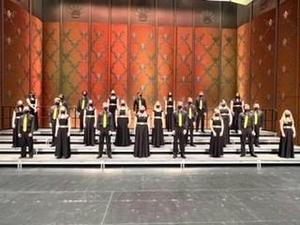 The Byron Chamber Choir and Treble Choir will be holding a memorial concert on February 23, at 7:30 pm, to show their appreciation for the development and transformation of the Byron Music Department by long time music director David Johnson.

The concert will be held in the Byron Middle School Theater and the program for the event will be based on the choir tour he took to Germany during the 1995 school year.

“David Johnson, the man who was a driving force in music education in Byron, IL for over three decades, died May 28th at his home near Byron after a courageous battle with Parkinson's disease. He was 79.” “His affinity for music was cemented as he studied for a time at the Berklee College of Music in Boston and graduated from the esteemed jazz program at the University of North Texas in Denton.”
“David's first job was in the Byron School District as the high school band director. Two years into his tenure he enlisted in the Army in 1967 serving as a trumpet player, singer, band leader, and arranger with the 5th Army Band at Fort Sheridan, Chicago and overseas with the 8th Infantry Band in Bad Kreuznach, Germany. Upon his return home to Illinois, he resumed his teaching position in Byron. David transformed the notion of music education in Byron by using his college-earned and army-tested standards for quality and discipline to coax generations of students to success in music. He was equally at home conducting the high school band and choir as he was singing along with his ukulele and a class of kindergarten students.” “His serious but approachable teaching style built confidence and musicality in his students in all styles of vocal and instrumental performance as well as in music theory and composition. This was evidenced, in part, by several of his students being selected for district and state level performance ensemble appointments, as well as numerous out of state and international performances by Byron bands and choirs under David's direction. In addition, the Byron Chamber of Commerce named David its "Citizen of the Year" in 1993.”

The concert will be open to the public and is free of charge, although donations will be accepted to the memorial fund that is established in David Johnson's name that will be used for a scholarship for a Byron High School student pursuing music education.

Any questions can be directed to Amy Harn, current Byron choir director, at [email protected].