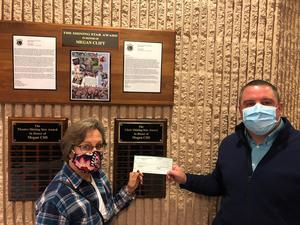 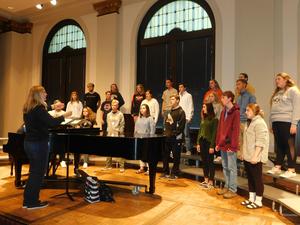 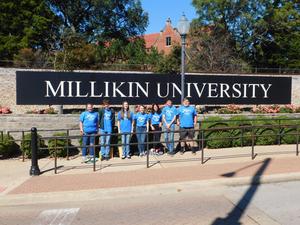 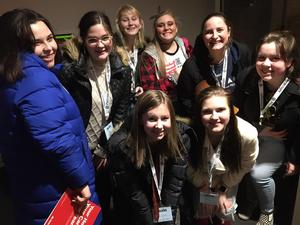 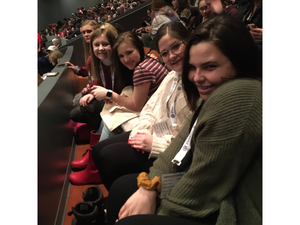 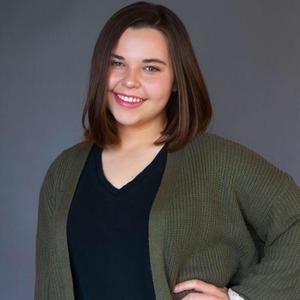 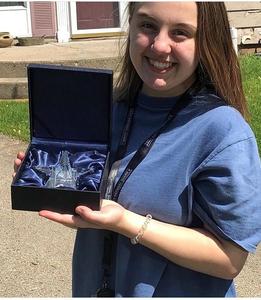 The Byron High School Theater and Choir department have been given a generous donation of $3000.00 from the Megan Clift Memorial Fund established at the Community Foundation of Northern Illinois.

The donation in honor of Megan, from the Clift family, has been used to support many activities and events that the groups participate in.  Here are several ways the donation has been used this last school year:

Byron Chamber Choir participates annually in the Augustana Chamber Choir Festival.  Twelve schools were selected to be a part of this festival.  This overnight event involves the choir members from those twelve schools coming together to create a mass choir.  This mass choir learns two chamber style pieces under the direction of Dr. Jon Hurty and Dr. Michael Zemek, college choir directors.  The students also attend master voice classes put on by the voice faculty on staff.  Another aspect of this event is a private workshop with one of the two college directors.  Each choir gets 15-20 minutes for the college choir director to listen to their songs and give critique and suggestions what they can do to improve the sound of those songs.  A final event of the weekend is a public performance where the Chamber Choir sings two songs by themselves for the other school choirs and also members of the college choirs and public.  All expenses for this event were covered by the Megan Clift monies.

Byron Choir students also applied to be part of the Millikin Vocal Festival.  Seven students were selected to be a part of this event.  The students worked with Millikin’s director Brad Holmes and Beth Holmes, learning several concert pieces in a large group setting.  Students were selected for this event from all over the State of Illinois.  It is one of the top vocal festivals in the State.  The students who attend always learn so much from these directors and they have a very enjoyable time singing with advanced singers from each selected choir.  Donated funds helped pay the registration fee, housing, music, and private vocal lessons.

Byron Theater Troupe used their donation of funds to pay for ten students to attend the Illinois State Theater Fest.  The students spent several days in Bloomington/Normal attending workshops on various details of acting.  They also attend musical performances of high schools who were accepted to have their musical performed at State Convention.  Another performance the Byron students attend is the production put together by the State Musical Group.  Students send in audition tapes in the summer and are selected to be a part of the Illinois State Musical.

Each year the Shining Star Award is presented to the outstanding theater and choir students, typically from the senior class.  This year the theater award was given to Madie Libman and the choir award was given to Cece Clodfelter.  The success of the Shining Star donations and other donations from “Friends of Megan” help to continue the assistance that is given to the Byron Theater and Choir and its membership.  The choir and theater students are very appreciative of the support from the Megan Clift Memorial Fund established at the Community Foundation of Northern Illinois and the friendship of Ed and Beth Clift.
Print